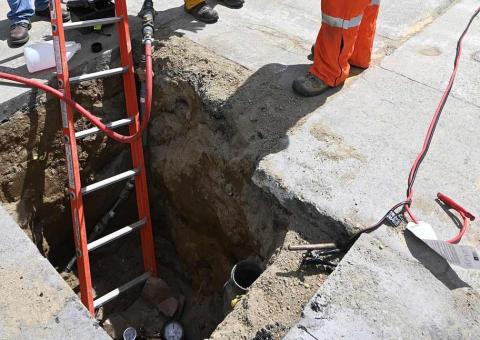 Unitil Corporation, (Unitil.com), a provider of natural gas and electricity to customers in New England, will be in the West End and Deering areas of Portland as work continues to replace or upgrade more than 100 miles of natural gas pipeline throughout Portland and Westbrook.

The project known as System Upgrade for Reliable Energy (SURE) has involved improvements to approximately 7.5 miles of pipes each year since work began in 2011, but the company expects to complete nearly 10 miles this year.

The work, which involves replacement of older cast iron pipes and unprotected steel pipes with state-of-the-art plastic piping, is on track for completion during the 2024 construction season.

“This project has been a significant undertaking, not only with the actual construction work but the coordination with local municipalities and customers,” said Alec O’Meara, media relations manager at Unitil. “At every step, we’ve worked to minimize the impact to drivers and pedestrians as we’ve gone from neighborhood to neighborhood, and we’ll continue to do so as the last cast iron is removed.”

Improvements to infrastructure in Westbrook have been completed with much of the remaining work focused in downtown Portland. Unitil is working with local authorities to plan alternate routes depending on the location of job sites and drivers should be aware of ongoing work.

The improvements will allow the system to operate at a higher pressure reliably and also include the installation of additional automated shut-off valves to 10,000 customers in the greater Portland area. The shut-offs are a safety feature for homeowners in the event of an outage at the location.

The burning method changes the emissions from methane to a mixture of primarily carbon dioxide and water, effectively reducing the amount of methane gas released into the atmosphere. 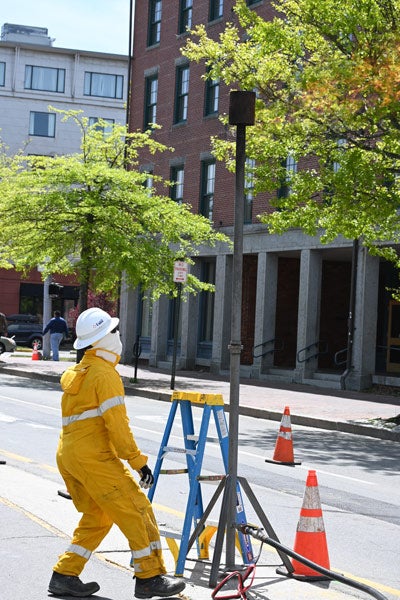 “Given the higher volume of natural gas that needed to be removed from the pipe, the decision was made to use flaring to minimize the release of methane. The event generated some interest from passersby who stopped to inquire about the process, which was performed successfully in just over an hour,” O’Meara said.

Unitil is working with crews from New England Utility Constructors, Inc. (NEUCO) - a regional utility construction company selected at the start of the project.

For updates on the status of the project and a list of streets where work has been completed and is currently taking place, visit www.unitil.com/sure.

Top (right) image: Joe Renda, service supervisor for Unitil's Maine Gas Operations, middle, speaks with other workers before the purging of natural gas from a section of pipe that was being retired in Portland.

Above (left) image: A gas flare was recently conducted in the area of Commercial Street in Portland as a section of pipe was retired.

Above (right) image: Joe Renda, service supervisor for Unitil's Maine Gas Operations, keeps an eye on the size of a recent flare as natural gas was purged from a pipe in Portland.