Utility crews among those who face increased threat from inattentive drivers.
Image 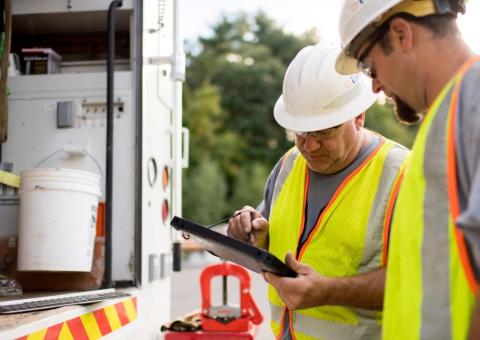 Unitil Corporation, (Unitil.com), a provider of natural gas and electricity to customers in New England, is urging drivers to use extra caution when passing through areas where utility workers and others are working as National Work Zone Awareness Week kicks off on April 11.

The campaign aimed at bringing attention to the dangers of work zones is held each spring to coincide with the beginning of the new construction season, but for utility workers, the roadside hazards are a year-round concern.

“Work Zones are a Sign to Slow Down” is the theme of this year’s national campaign.

"Our crews take a number of precautions to ensure their safety when they’re working in or along the road, but unfortunately they have no control over the drivers who may not be paying attention or traveling too fast through a job site,"

According to the most recent statistics from the National Work Zone Safety Information Clearinghouse, 842 people died in 762 fatal work zone crashes nationally in 2019. Of those, seven deadly accidents occurred in Massachusetts while two were reported in New Hampshire.

While passing vehicles can pose a serious threat to workers, most traffic-related deaths in work zones reportedly involve drivers and their passengers.

The concerns about work zone safety are shared by law enforcement officers who often provide traffic control for utility crews.

“When our troopers assist various companies and partners within work zones, they are often just feet away from passing motorists,” said New Hampshire State Police Col. Nathan Noyes. “It is essential for drivers to move over in accordance with state law, maintain awareness, reduce speeds and stop unsafe driving behaviors in order to keep themselves, workers on the road and troopers safe.”