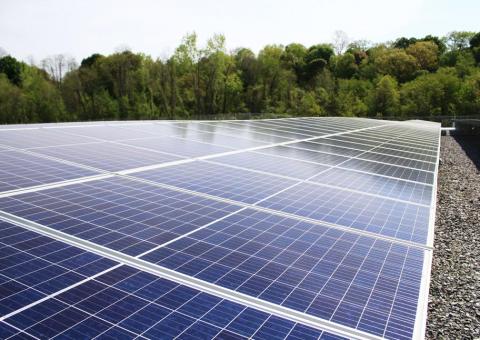 Unitil Corporation’s, (www.unitil.com), a provider of natural gas and electricity to customers throughout New England, “Solarway”—over 3,700 solar panels—has generated enough electricity to meet the annual needs of more than 800 homes, since going live five years ago.

"Solarway has cut the need to generate an additional 2,401 tons of CO2 that would have come from a traditional power plant over a five year period."

Unitil installed 13 football fields of solar panels on the site of 115 Sawyer Passway, Fitchburg, Mass. to create a 1.3 megawatt facility in 2017. “This is a significant milestone as we approach the 5th anniversary,” Alec O’Meara, media manager for Unitil, said. “The solar panels have produced over 6 million kWh of electricity over the past five years, about 15 percent better than projected.”

According to the company, the purpose for creating the facility was to repurpose an old and obsolete fossil fuel burning power plant; create a renewal source of energy; and reduce greenhouse gases.

“Solarway has cut the need to generate an additional 2,401 tons of CO2 that would have come from a traditional power plant over a five year period. This savings of greenhouse gases is equivalent to taking 474 passenger vehicles off the road for one entire year,” concluded O’Meara.

The site has a long history dating back to the 1850’s of various forms of gas and electric energy production and was a fossil fuel burning power plant until it was shuttered as part of the Electric Industry Restructuring Act of the late-1990s. Unitil repurposed the site as part of its renewable energy portfolio to support the state’s Green Communities Act, which was signed into law in 2008.