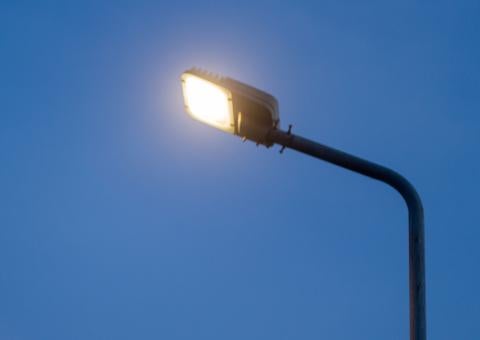 Unitil Corporation, (Unitil.com), a provider of natural gas and electricity to customers in New England, recently worked with the town of Bow, N.H., on a switch to LED streetlights in a move that will save energy and reduce greenhouse gas emissions.

The net investment for the town was just over $50,000, but the new energy-efficient lighting is expected to result in a 25% reduction in electricity costs - or about $10,000 a year. The savings means the upgrade will ultimately pay for itself in five years.

Unitil provided energy efficiency incentives and a zero-interest loan to help cover the cost of the streetlight conversion; however, proceeds from the savings will fund the total project over the five-year period.

With the new lights now in place, the total number of kilowatt-hours used annually is expected to be reduced by 72%, dropping from 75,987 to 21,169, while carbon emissions will also be cut by nearly 33 tons a year as LED lighting consumes less energy.

"Without question, LEDs are now the most versatile and efficient light source available today. We're pleased that we were able to work with the town of Bow on this streetlight conversion project that will not only lead to energy savings but also reduce carbon emissions," said Unitil Media Relations Manager Alec O'Meara.

In addition to reduced operating costs from the lower wattage technology with higher light output and lower maintenance expenses as there are no lamps to replace at set intervals, the new fixtures are expected to be operational at nearly full light output for over 20 years and will offer better quality of light compared to other light sources like the High-Pressure Sodium lamps that were replaced.

Unitil worked with the town and Affinity LED Lighting of Dover, N.H., on the conversion project and also permanently removed 32 fixtures that were shut off several years ago to reduce the town's costs.

The conversion was the result of an effort launched in October 2018 when the Bow Board of Selectmen began exploring the idea, which was approved at the 2020 Town Meeting.

Bow officials are looking at other ways to increase efficiency at the municipal building as well, including proposals for a heating system evaluation and a building enclosure audit to assess air tightness and thermal conductive losses.